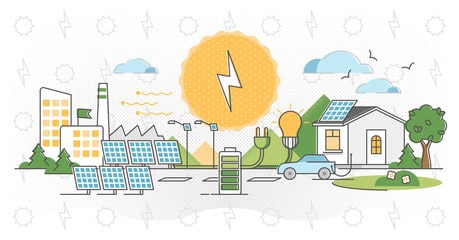 Through this post we will make a journey to know more in depth what are renewable energies and which are not, and how our industrial boilermaking in Zaragoza, collaborates closely with national and international projects. LET´S START!

What renewable energies are and what they are used for

Renewable energies are the energies that are obtained from virtually inexhaustible sources, either because of the immense amount of energy they contain, or because they are able to regenerate themselves by natural means. Renewable energy sources include: wind energy, geothermal wind, hydroelectric wind, mtidal wind, solar wind, wave wind, biomass wind and biofuels wind.

They are sources of clean energy, they do not produce greenhouse gases or polluting emissions, they are also very competitive, their costs are falling steadily compared to the costs of fossil fuels.

The growth of renewable energies is unstoppable and their development is essential to combat climate change and thus limit its most devastating effects. The agreement reached at the World Climate Summit in Paris in December 2015, which enters into force in 2020, sets for the first time in history a binding global target, whereby the nearly 200 signatory countries undertake to reduce their emissions so that the increase in the average temperature of the planet at the end of this century is “well below” of the two degrees, -the limit above which climate change has the most catastrophic effects-and even to try to leave it at 1.5 degrees.

The Summit for Climate Action was held in Madrid in 2019. The Summit was a huge leap in collective political ambition and showed that great strides can be made in the real economy in support of the 2030 agenda. Together, these developments will strengthen markets and policies and provide the necessary impetus to countries, businesses, cities and civil society to achieve the Sustainable Development Goals and the Paris Agreement.

The transition to an energy system based on renewable technologies will have very positive economic effects.

What is non-renewable energy

Non-renewable energies or conventional energies are those energy sources that are in nature in limited quantities, which, once fully consumed, cannot be replaced, because there is no economically viable production or extraction system. There are two kinds of such energies:

Advantages and disadvantages of non-renewable energies

ADVANTAGES They have been with us longer and the world has advanced around them. They are not intermittent, as they do not depend on the sun rising or the wind. Can be improved to be less polluting.
DISADVANTAGES They come from scarce resources. They are polluting. They are more expensive.

At ALOT METAL, an bolilermaking expert in Zaragoza, we have been working with the renewable energy sector for years, participating in solar and biomass projects at the international level. The nuclear sector (non-renewable) is also strategic for us, working closely with the ITER Nuclear Fusion Project.

The ITER project is one of the most ambitious energy projects in the world. It seeks to demonstrate the viability of fusion as a large-scale energy source.

What is solar renewable energy

Solar energy is that produced by light -photovoltaic energy- or the heat of the sun -thermosolar- for the generation of electricity or the production of heat. Inexhaustible and renewable, since it comes from the sun, it is obtained by means of panels and mirrors.

What are the benefits of solar renewable energy

Renewable, clean and available across the globe, it contributes to sustainable development and employment generation in the areas where it operates.

Hipertextual 2020“Photovoltaic energy shines again in Spain more than a decade later. Spain has managed in 10 months to increase its solar power power more than during the last 10 years, which has put it back as leader of the sector in Europe “

ALOT METAL has a strong presence in this sector of renewable energy at national and international level, being in the first semester of 2019 the main sector in turnover of the company, both in renewable solar energy, biomass and non-nuclear. In these photos you can see some of our works , some benches and a housing for the wind and solar sector.

Aragon Region has optimum conditions for the explotation of photovoltaic energy and several projects are under way in areas that need to be reactivated. 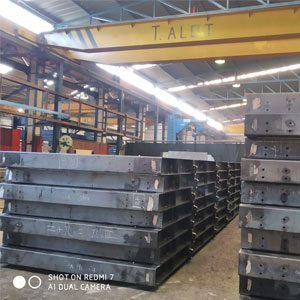 What is Biomass Renewable Energy Biomass

As reflected in Endesa Fundation Blog, all organic matter that can be used as an energy source is understood as biomass. The origin of biomass energy can be both animal and vegetable and may have been obtained naturally or from artificial transformations carried out in biomass plants. This matter becomes energy by applying different chemical processes to it. 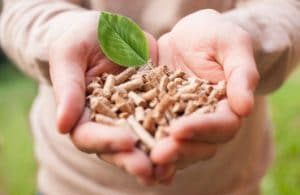 What are the benefits of Biomass Renewable Energy

Biomass is the most widely used renewable resource in the world and one of the renewable energy sources with the greatest potential for growth in the coming decades. What is the secret of this success? Without a doubt, the innumerable advantages of biomass, which do not stop only at environmental aspects.

“The thermal biomass sector in Spain maintains the optimistic trend in 2019, with a good level of sales of equipment and new installations and an increase in the production of solid biofuels” Expobiomasa

It is estimated that there are more than 10,500 MW installed, representing 12% of all heating systems in the country, including single-family homes, housing blocks and, increasingly, distributed heat networks.

From ALOT METAL, we contribute to this strategic sector, being part of the construction of biomass treatment plants and pellet manufacturing 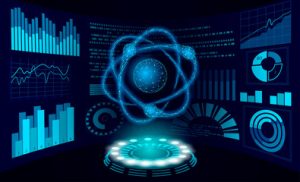 What is Nuclear Non renewable Energy

Nuclear or atomic energy is that which is released spontaneously or artificially in nuclear reactions. However, this term includes another meaning which is the use of such energy for other purposes, such as obtaining electrical energy, thermal energy and mechanical energy from atomic reactions.

What are the benefits of Nuclear Non renewable Energy

Although it shares some characteristics with renewable energy, nuclear energy is far from being as green as its proponents.

Nuclear energy needs much less space to produce a large amount of energy than other sources, such as renewables. On the other hand, nuclear energy produces more and more time.

Nuclear energy is far from renewable. According to National Geographic, readily available uranium fuel won’t last much longer than 50 years.

One of the big problems with nuclear power is the price tag, and that is that building gigantic reactors of incredible complexity and keeping them safe is very, very expensive.

Nuclear energy avoids the emission of thousands of tonnes of harmful substances into the air every year. However, the fact that nuclear energy does not generate greenhouse emissions is far from implying that it does not pollute or is not harmful to the environment. Radioactive waste is the best example.

According to the energy newspaper,60 percent of the electricity generated in Spain during the year 2019 and contributed to the system 37 percent of the emission-free electricity as reported by the Spanish Nuclear Society in the framework of the conference “Nuclear power plants in 2019”. Experiences and perspectives’.

Thus, according to the sector, nuclear power led for the ninth consecutive year CO2-free energy, which in Spain accounts for 61.6 percent of the total, by the sum of nuclear and renewable energy. Thus, according to data provided by Red Eléctrica de España, nuclear energy contributed to the provision of stable electricity by operating on a base basis.

ALOT METAL, an expert in Zaragoza, has been participating for some years in the ITER PROJECT, a project of the ITER experimental fusion reactor (International Thermonuclear Experimental Reactor), involving seven partners (European Union, India, Japan, Russia, United States, South Korea and China). Construction is taking place in Cadarache, in the south of France, while Spain (Barcelona) hosts the European Fusion Agency.

The objective of ITER is to determine the technological and economic feasibility of nuclear fusion by magnetic containment for electricity generation, prior to the construction of a commercial demonstration facility.

The growth in energy consumption has motivated the need to look for new energy options to feed all the consumption that will inevitably be needed. Fusion, which does not yet exist on an industrial level, has been investigated for years for its development. 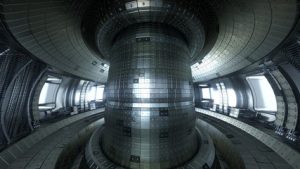 From Alot Metal, we continue to contribute to the development of our planet, contributing what we do best in sustainable projects of international interest. It is clear to us that the world will be sustainable or not.